You only know this when you test them beyond the specifications of the datasheet. While the full test report is being prepared, hereby a few early test results.

The main stress and abuse tests are as follows:

After this series of tests, the cells were recharged to see if there was any capacitance loss. No loss was observed. These stress and abuse tests fully confirm the unprecedented robustness and reliability of carbon based power capacitors. 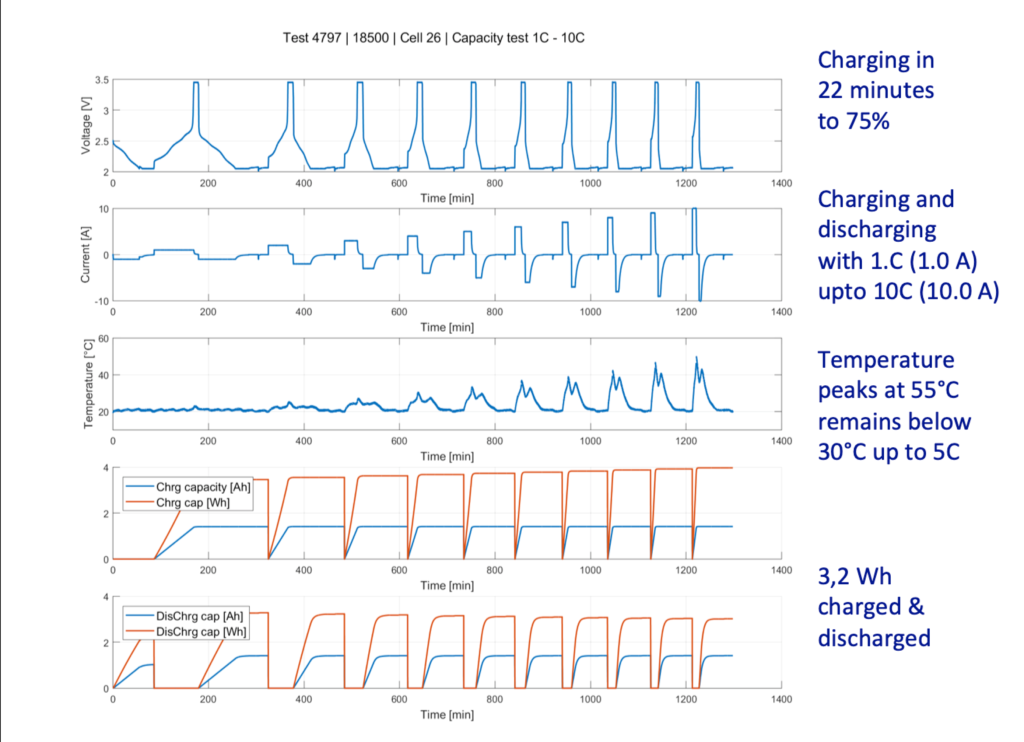 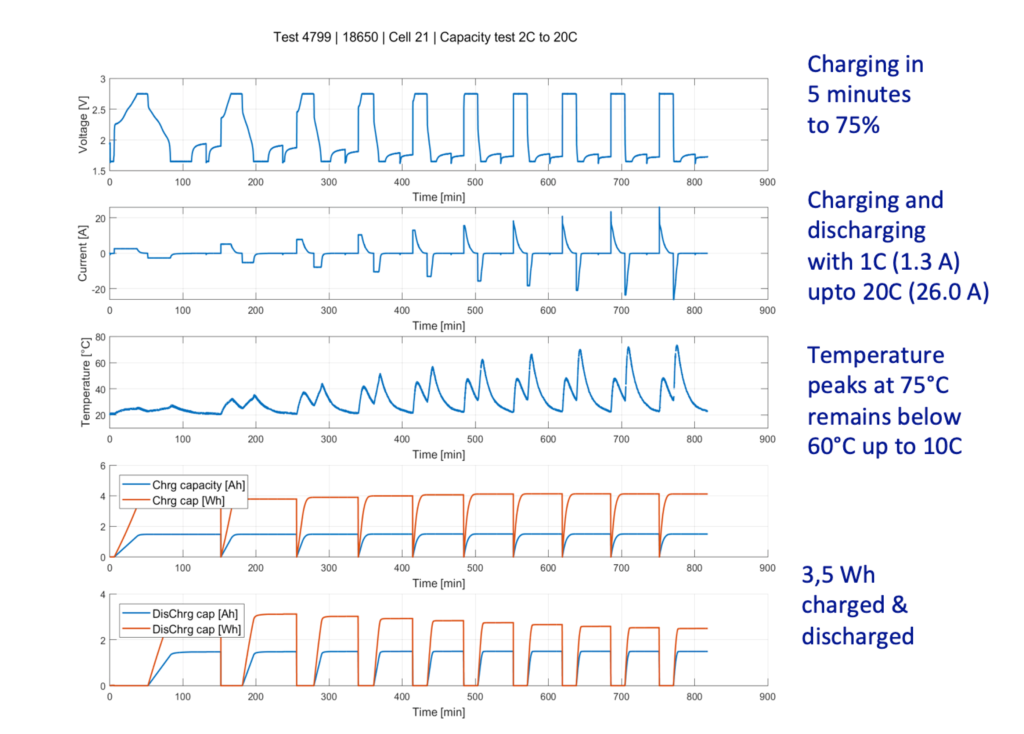 Next we went beyond the maximum discharge current specifed on the datasheet. So this time from 9C to 20C (18500 cell), resp. 16C to 38C (18650 cell). This time we placed the cells in a heat absorbing foam and we used a ventilation fan (placed at about 1 m away). 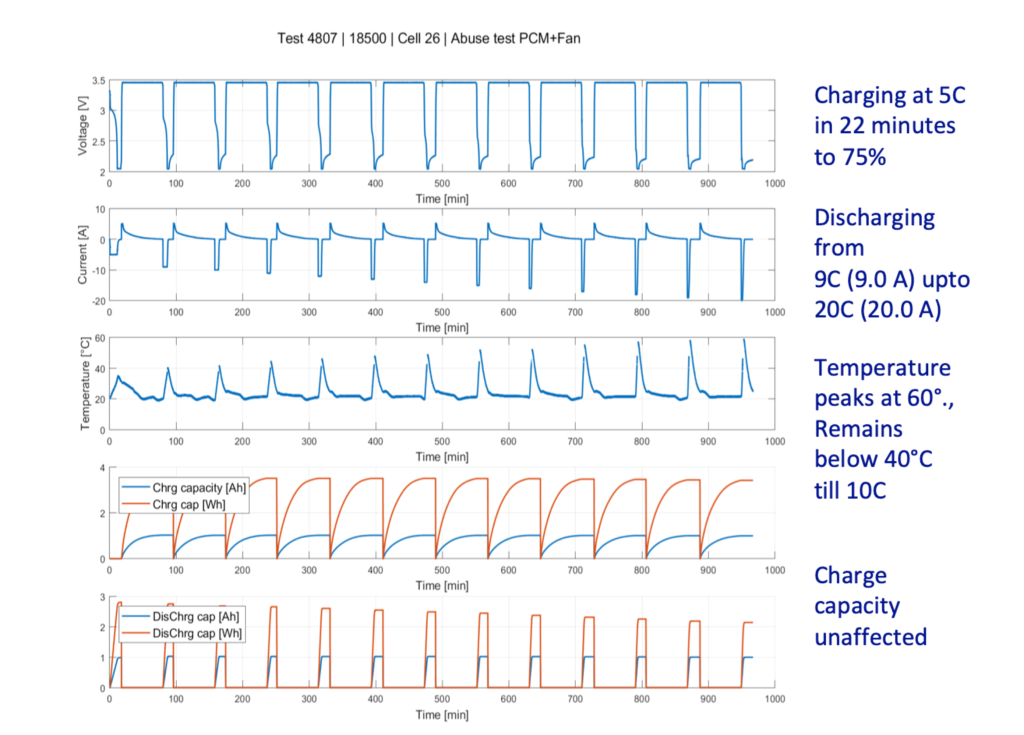 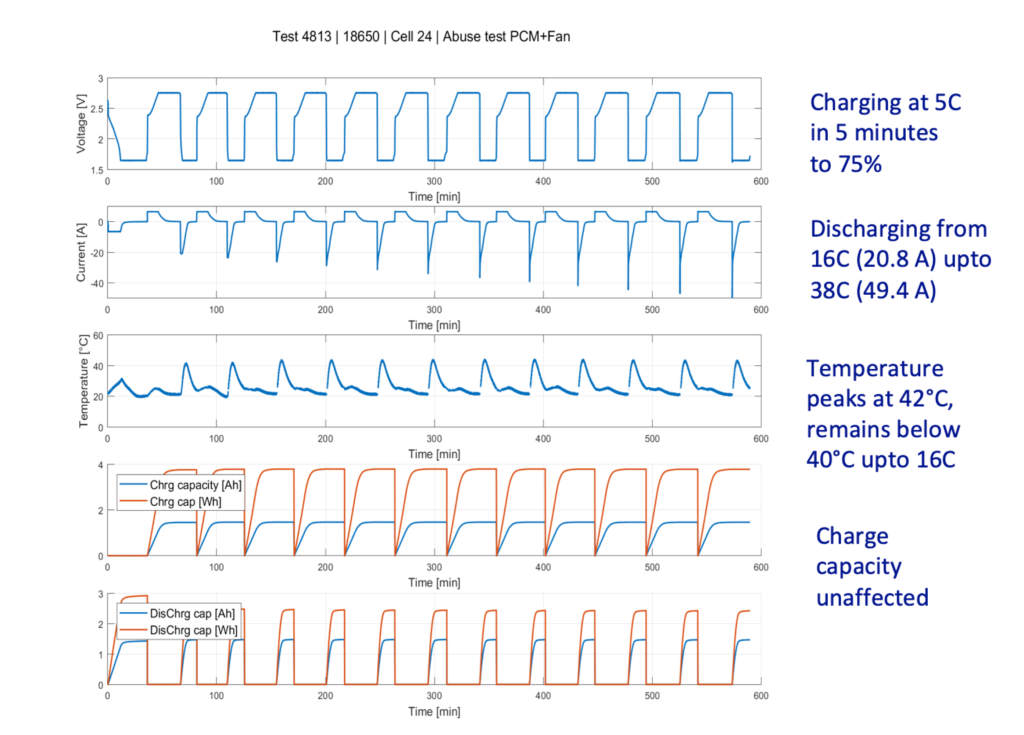 Finally, we abused the cells by subjecting them to very high discharging currents applied as two consecutive pulses of 200 millisconds. Hereby we reached the limits of the tester. 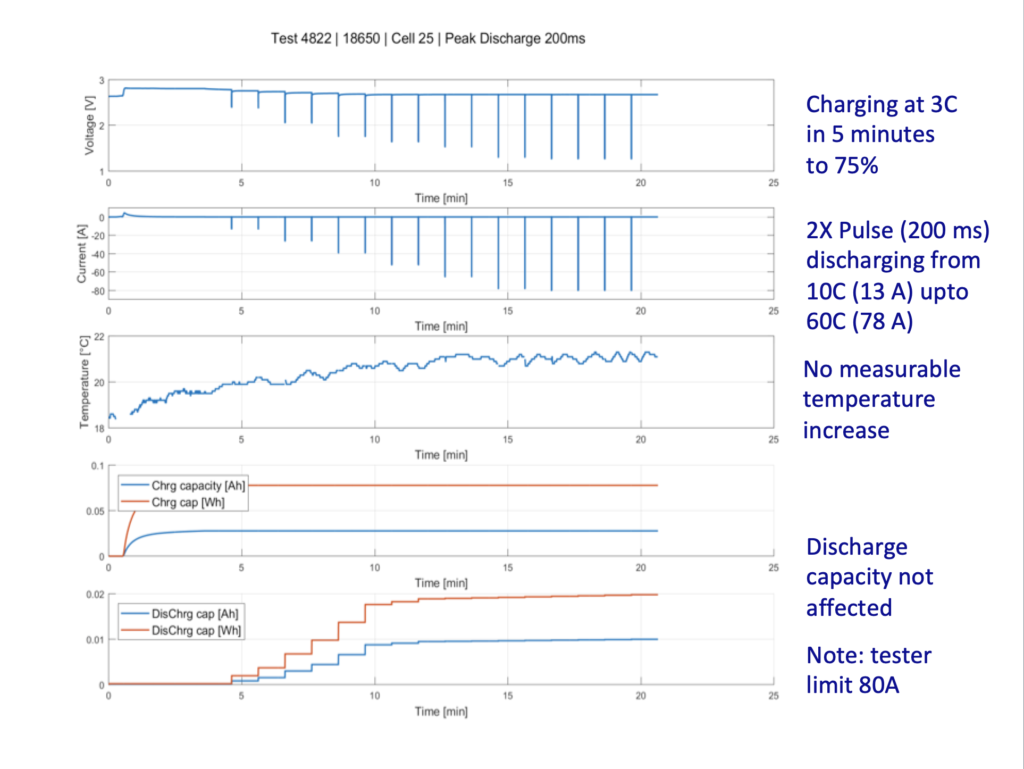